The English writer, Alan Watts, who believes in reincarnation, understands that the denial of this is because it is the state’s way of controlling society through the fear of death. If there is no fear of death, of the unknown, then there is nothing to hold on to. 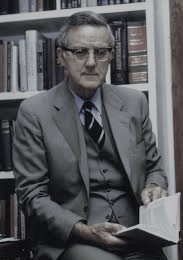 Ian Stevenson is a professor of psychiatry who investigated cases of children who recalled experiences from other lives, where they compared the data that these children expressed having lived. Many of the cases seem to be detonated by violent death.

An interesting case is that of the girl Swarnlata Mishra, born in India, in 1948. She recalled data of her past family and from these, the Professor Sri H.N. Banerjee, Stevenson’s colleague, was able to find the house in Katni, where Biya Pathak had lived, the woman Swarnlata claims to be in her past life. Being taken to the site reveals secrets such as telling her ex-husband, Sri Pandey, where he had hidden 1200 rupees, that he had gold teeth, in addition, to call those who were his children in the past life, by his nicknames.

According to Stevenson’s colleague, Peter Ramster, the most striking case is that of the Australian girl, Gwen Mc Donald, who claims to be Rose Duncan, a woman from England who lived at the end of the 18th century. The girl was able to identify several locations of houses that no longer existed, towns and people that after a thorough investigation was verified. This case was reviewed by Dr. Basil Cottle of the University of Bristol.

One of Stevenson’s findings is that there is a relationship between the phobias of the children interviewed with the tragic way in which they died in their past lives. In addition, something important in them, are the birthmarks in these, with death wounds or made in your body by a family member in past lives.

There are cases that have the memory of his funeral, reported encounters with God or a deceased relative and even cases with a memory of conception or having been reborn.

Despite all the evidence collected by Stevenson and who believed in the reality of reincarnation or transmigration, he could never formulate a strong theory of how this happens, at least not scientifically.

His colleague at the University of Virginia argues that it could be that consciousness is not only a byproduct of the physical brain but an entity separate from the universe that can imbue a body and thus exist after the death of the brain. To explain it, he uses as an analogy the example of a television set which is necessary to encode a signal but does not produce it, so too, the brain can only be the tuner of consciousness.

Given that reincarnation would be a mechanism of nature, it must be studied by science. If the studies and their conclusions are true, then everyone will be born again no matter what our beliefs are.

It would be interesting to know the contribution of science in the future on this subject, when human beings reconcile spirituality with reason, only with the end of the search for truth.

Monday July 30th, 2018Friday July 27th, 2018 Aergoth
The stories of apparitions of specters are numerous. Many of them are linked to myths of the region. In the
Paranormal UFO/ Alien

Monday May 27th, 2019Thursday May 23rd, 2019 Miosotis
Some details related to Futuristic Projects Through the Freedom of Information Act, a secret list of research projects linked to
Mistery

The Marvelous Correlation between the Brain and the Universe

The Spy Plane of Area 51