Findings of the origin of the Loch Ness legend

In the Highlands of Scotland, there is Loch Ness with an area close to 57 square kilometers and an average depth of 226 meters. In its waters, there is a variety of species such as eels, minnows, Atlantic salmon and trout.

The origin of the legend originates 1,500 years ago. It is a British folkloric history that dates back to the 12th century. A missionary monk, St. Columba de Iona, who was introducing Christianity in Scotland, tells us in the writing Vida de San Columba, how he saves a peasant from the attack of a creature of the lake.

According to narrates, at the sound of his voice, the beast flees and manages to save the peasant’s life, in the presence of the other fishermen. 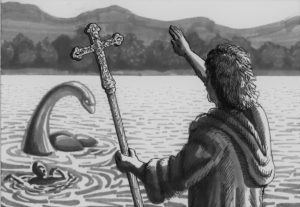 The boom of the Nessie legend in the modern age

In 1868 a newspaper called Inverness Courier echoes these rumors and for the twentieth century becomes a matter of greater credibility given the testimony of some fishermen who narrate the attack of a large aquatic animal. Being in 1932 and 1933 where there were several sightings of it, thus leaving greater veracity and not just as a story to scare children. This caused a lot of reporters to move to the place to take pictures of the monster. R.K. Wilson, surgeon, is the one who claims in 1934 to take a photograph of the monster, but after ten decades it is classified as false. 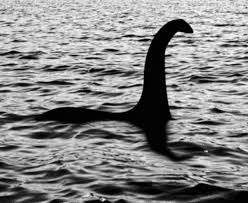 Since then, countless photographs have been generated, some so real that they make us believe in their existence and others that are less reliable. In recent times some remains of what appears to be the Loch Ness monster have been found, but again it turns out to be a false alarm when it is verified that they were the remains of the model used by Billy Wilder to film The Secret Life of Sherlock Holmes in 1970.

However, no remains of the monster have been found, any photograph or forceful finding that proves its existence, the legend continues after 1,500 years. In part, it should be noted that what happened in Loch Ness with the missionary St. Columba de Iona has not been refuted or refuted, and that is why the legend originates.

History continues to be evident through time, judge you based on the findings shared here and many others that have been shared on the web.

The Gnome of Girona

Friday September 6th, 2019Saturday August 31st, 2019 Miosotis
Description and Origin It is called Gnome of Girona to the body of an animal or animal fetus found in
Ancient Myth Cryptozoology Legends

The Yeti, the legend of the Snowman

Tuesday February 5th, 2019Sunday January 27th, 2019 Miosotis
Description and Historical Findings The Yeti is described as a bipedal being that walks inclined towards the front, which has
Cryptozoology

Sea Serpents – a mystery of cryptozoology

Robert the Doll- the real story that inspired “Chucky”

Egypt, a place of mysteries and magic